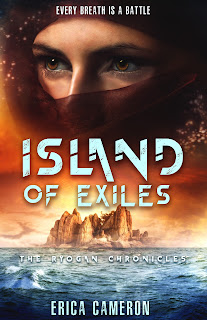 Erica Cameron - Island of Exiles (The Ryogan Chronicles, #1):
Why do I love epic fantasy? It's a blank slate. We can erase all of our preconceived notions of society and law and even science, throwing all of that over the side of a cliff. Epic fantasy lets us push humanity well past the breaking point with ever more impossible landscapes and situations. It lets us see what we could be if only we let ourselves get there. Plus, epic fantasy is, well, epic!

Book Description:
In Khya’s world, every breath is a battle. On the isolated desert island of Shiara, dying young is inevitable. The clan comes before self, and protecting her home means Khya is a warrior above all else.

But when following the clan and obeying their leaders could cost her brother his life, Khya’s home becomes a deadly trap. The only person who can help is Tessen, her lifelong rival and the boy who challenges her at every turn. The council she hoped to join has betrayed her, and their secrets, hundreds of years deep, reach around a world she’s never seen.

To save her brother’s life and her island home, her only choice is to trust Tessen, turn against her clan, and go on the run—a betrayal and a death sentence. 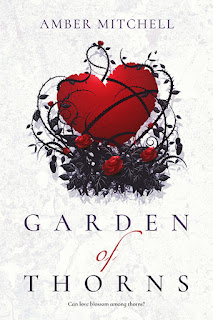 Amber Mitchell – Garden of Thorns:
When I read and write, it’s because I want to escape and nothing gets you farther from your troubles than the distant shores of entirely new worlds. Epic fantasy invites you onto its tropical beaches, into its lush jungles and through its exotic cityscapes, shaking out its uncharted map for you to explore. Every page brims with fantastic characters questing, battling men and extraordinary beasts alike with magic flowing from nimble fingertips and daring sword fights. The allure of entirely new cultures, the epic stakes, swoon-worthy romances, and the flowing dresses of epic fantasy will always have my heart.

Book Description:
After seven grueling years of captivity in the Garden—a burlesque troupe of slave girls—sixteen-year-old Rose finds an opportunity to escape during a performance for the emperor. But the hostage she randomly chose from the crowd to aid her isn't one of the emperor's men—not anymore. He's the former heir to the throne, who is now leading a rebellion against it.

Rayce is a wanted man and dangerously charismatic, the worst person for Rose to get involved with, no matter what his smile promises. But he assumes Rose's attempt to take him hostage is part of a plot to crush the rebellion, so he takes her as his hostage. Now Rose must prove where her loyalties lie, and she offers Rayce a deal—if he helps her rescue the other girls, she'll tell him all the Garden's secrets.

Except the one secret she's kept for seven years that she'll to take to her grave if she must. 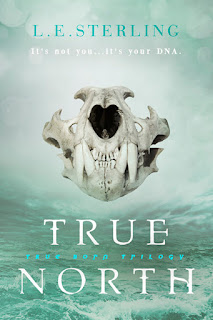 L.E. Sterling - True North (True Born, #2):
Don’t get me wrong -- #TeamUrban is great. I love time jumpers and magicians running around a book. They make you blink and question what you saw. But I prefer life in a funhouse mirror. Give me a goblin market. Give me a warrior queen with immortal blood. I want the snow queen’s glass shard to be embedded in my eye. I want to completely escape the bounds of reality -- not be shackled by them. I don't want to just question my perceptions -- I want to know I’m not in Kansas any longer.

Book Description:
Abandoned by her family in Plague-ridden Dominion City, eighteen-year-old Lucy Fox has no choice but to rely upon the kindness of the True Borns, a renegade group of genetically enhanced humans, to save her twin sister, Margot. But Nolan Storm, their mysterious leader, has his own agenda. When Storm backtracks on his promise to rescue Margot, Lucy takes her fate into her own hands and sets off for Russia with her True Born bodyguard and maybe-something-more, the lethal yet beautiful Jared Price. In Russia, there's been whispered rumors of Plague Cure.

While Lucy fights her magnetic attraction to Jared, anxious that his loyalty to Storm will hurt her chances of finding her sister, they quickly discover that not all is as it appears…and discovering the secrets contained in the Fox sisters' blood before they wind up dead is just the beginning.

As they say in Dominion, sometimes it’s not you…it’s your DNA. 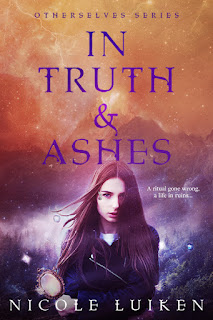 Nicole Luiken - In Truth & Ashes (Otherselves, #3):
First for the endlessly inventive magic. Second for the fascinating new worlds to explore. Third for the fantastic creatures that dwell there: dragons, gargoyles, demi-gods and phoenixes are just a few of the ones I've used.

Epic fantasy gives a writer a bigger canvas to paint. Instead of a city, a country or even worlds. Wars. Heroes. Villains. Destinies. Everything is bigger is epic fantasy. The stakes are higher, instead of a single group, the fate of a world can hang in the balance.

Book Description:
The Mirror Worlds are but dull reflections of the True World, where magic and technology blend together…
On the True World, Belinda Loring has known from childhood that she must Bond with the son of another noble First Family. Uniting the families ensures hers will hold onto its powerful position, and so she’s always pushed down the tender feelings she has for her best friend—gorgeous, steadfast Demian, who isn’t noble.
But when the ceremonial magic goes disastrously wrong, Belinda becomes a national disgrace. Scorned as Broken, she turns to Demian for help getting revenge on the man who ruined her: the radical Malachi.
But the seeds of Malachi’s murderous plans lie buried in Belinda’s past, in the dark days of her kidnapping—a period of which she has no memory. And Demian may hold the key to recovering all that she’s lost—and saving the worlds.
Buy In Truth & Ashes 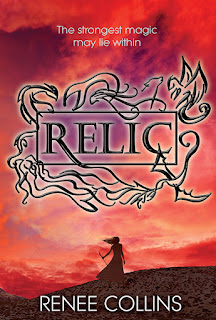 
After a raging fire consumes her town and kills her parents, Maggie Davis is on her own to protect her younger sister and survive best she can in the Colorado town of Burning Mesa. In Maggie’s world, the bones of long-extinct magical creatures such as dragons and sirens are mined and traded for their residual magical elements, and harnessing these relics’ powers allows the user to wield fire, turn invisible, or heal even the worst of injuries.
Working in a local saloon, Maggie befriends the spirited showgirl Adelaide and falls for the roguish cowboy Landon. But when she proves to have a particular skill at harnessing the relics’ powers, Maggie is whisked away to the glamorous hacienda of Álvar Castilla, the wealthy young relic baron who runs Burning Mesa. Though his intentions aren’t always clear, Álvar trains Maggie in the world of relic magic. But when the mysterious fires reappear in their neighboring towns, Maggie must discover who is channeling relic magic for evil before it’s too late.

Relic is a thrilling adventure set in a wholly unique world, and a spell-binding story of love, trust, and the power of good.
Buy Relic 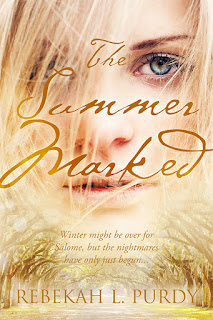 Rebekah L. Purdy - The Summer Marked (The Winter People, #2):
Epic Fantasy is an escape from the “real world” and takes you to other lands, places you can only dream of, which is why I love it so much. And there’s so much more opportunity to really explore new creatures and characters within these worlds. I mean, who doesn’t like the idea of stepping through a closet and finding a cool fantasy world? LOL.
I’m also a big fan of the epic battles (think Lord of the Rings or Throne of Glass). Girl with a sword=Awesome.

Book Description:
Fresh off a break-up with her boyfriend, Kadie’s glad to be home from college for Thanksgiving. All she needs is a rebound guy, a box of chocolates, and some girl time with her best friend, Salome. Problem is, Salome isn’t returning her calls, and her family won’t say where she is. Feeling sorry for herself, Kadie ends up at Club Blade, a place filled with pumping music, dangerous guys, and promises of a good time. However, when midnight strikes, Kadie’s fun turns into a nightmare as she’s ripped from the human world into Faerie by a vengeful Winter Prince named Etienne. For the first time in her life, she realizes the monsters Salome always spoke of are real, and they’ll stop at nothing to destroy her friend.

Salome thought the winter curse was behind her. But winter has left its mark. Not just on her, but on the whole summer court. The Kingdom of Summer is falling apart, and Nevin is hanging onto his throne by a thread. With war on his doorstep, he has no choice but to send Gareth into enemy territory, which means Salome will be left alone—vulnerable in a world she doesn’t understand. A place where beauty is deadly and humans are pawns in the macabre games the Fae play. Both Kadie and Salome will have to call on all their strength to survive in a world where humans aren’t meant to be. With death and enemies all around them, it’ll be a miracle if they can survive. 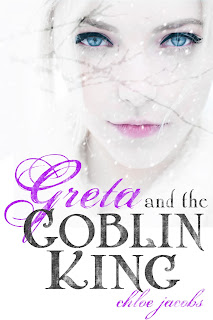 Book Description:
While trying to save her brother from a witch’s fire four years ago, Greta was thrown in herself, falling through a portal to Mylena, a dangerous world where humans are the enemy and every ogre, ghoul, and goblin has a dark side that comes out with the eclipse.

To survive, Greta has hidden her humanity and taken the job of bounty hunter—and she’s good at what she does. So good, she’s caught the attention of Mylena’s young goblin king, the darkly enticing Isaac, who invades her dreams and undermines her will to escape.

But Greta’s not the only one looking to get out of Mylena. An ancient evil knows she’s the key to opening the portal, and with the next eclipse mere days away, every bloodthirsty creature in the realm is after her—including Isaac. If Greta fails, she and the lost boys of Mylena will die. If she succeeds, no world will be safe from what follows her back…

Buy Greta and the Goblin King
Posted by Ashley at 11:00 AM