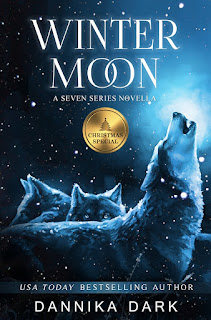 The Weston pack waited until the last minute to prepare for Christmas. Spirits are low, and now they're in a scramble when a freak snowstorm knocks out the power. Despite bickering among packmates and the threat of rogues, the family is determined to make this a memorable Christmas.

But when an important family member goes missing, the pack is galvanized into action. Time is running out, and the temperature is dropping fast.

THE SEVEN SERIES is a paranormal romance that portrays Shifters living in secret in the modern world. A blend of humor, heartwarming romance, drama, and real-life issues. This series is for those who believe in family, second chances, and finding that person who completes you.

April spun around. “Ointment and lube are not the same.” She wrinkled her nose. “Why do you smell like… Exactly what is that smell?”

He organized a few boxes of bandages on the shelf. “Ran into an older lady who couldn’t decide which lotion she wanted to give her husband, so she rubbed it all over my neck and took a whiff.”

April bubbled with laughter and gripped the opening of his leather jacket. “You’re such a nice guy. That’s why I fell in love with you.”

“I thought it was my six-pack.” His eyes glittered with amusement as he looked down at her with pure adoration in those coffee-brown eyes. Reno was a big guy with a tough demeanor, but he had a heart of gold beneath that macho exterior. He could melt her heart with a single glance, and he was thoughtful in ways that most men weren’t. 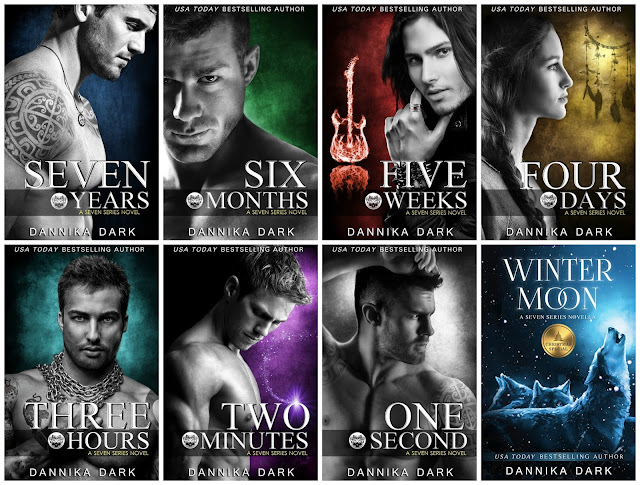 Please visit Dannika's site to learn more about The Seven Series and purchase!

Dannika Dark is the USA Today Bestselling Author of Urban Fantasy Romance and Paranormal Romance. Her books have sold more than 1 million copies worldwide, and she is a 2016 Audie Awards finalist.

Dannika was born on a military base in the U.S. and spent her youth traveling abroad. She developed an interest writing poetry and song lyrics early on, eventually gravitating toward a job that involved writing procedural training documentation. In her spare time, she wrote novels before she decided to pursue a career in publishing.

"For me, writing is all about blending genres to break out of the confines of predictability, but it's what I love to do." ~ Danni