He wore the skin of a killer, and bore the heart of a lover... 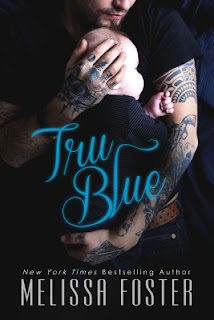 He wore the skin of a killer, and bore the heart of a lover...

There's nothing Truman Gritt won't do to protect his family--Including spending years in jail for a crime he didn't commit. When he's finally released, the life he knew is turned upside down by his mother's overdose, and Truman steps in to raise the children she's left behind. Truman's hard, he's secretive, and he's trying to save a brother who's even more broken than he is. He's never needed help in his life, and when beautiful Gemma Wright tries to step in, he's less than accepting. But Gemma has a way of slithering into people's lives and eventually she pierces through his ironclad heart. When Truman's dark past collides with his future, his loyalties will be tested, and he'll be faced with his toughest decision yet.

Holy crap!  So I wasn’t expecting this book at all.  I look at the covers and the title and pick books that way.  So I had NO idea what this was about before picking it up.  So freaking amazing.
Truman grew up with a drug addicted mother and it put him in jail for six years.  Gemma grew up in a wealthy family and her parents saw her as a prop for the most part.  So when Truman gets a call one night from his brother for help he goes and finds not only his dead mother and drug addled brother but two other children.  He whips the children out of there and takes them home with him.  It was that night that he meets Gemma who helps him conform to become the father his siblings needed him to be.  Can Truman do what is best for his siblings?  Will he and Gemma become more?  Do they heal each other?
What an amazing story.  I loved the characters and loved watching them grow as a family.  The plot was one that was unique and different.  The flow and pace worked well with this book.  I have always enjoyed Melissa’s writing style.  So all in all this was an amazing book.
I look forward to reading more about the Whiskey family now that they were introduced in this book.  If you have not read Melissa’s books then I would highly recommend it.  I have not read them all but the ones that I have read I truly enjoyed.
5 loving stars!

a Rafflecopter giveaway
Posted by Ashley at 12:30 AM