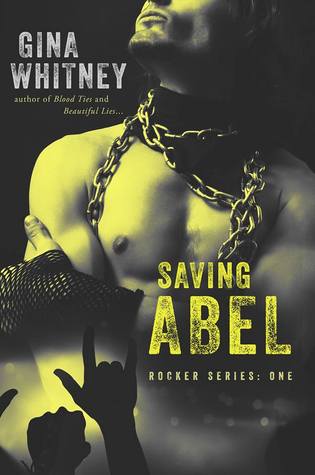 Abel Gunner, the lead singer of the band Lethal Abel, is what beautiful nightmares are made of. His gritty, melodic rasp threatens to rip your heart out of your chest and leave you gasping for the very breath he robbed you of. His kisses, detonating on impact, leave you ruined. Abel is also a Dom, and his appetite for seduction is legendary and intense. After a chance encounter with Gia, his need to dominate this woman increases tenfold. He wants to consume her, merge with her, and never leave her body.

Abel's emerald eyes touch the deepest part of Gia's soul in a way that terrifies her. She fears he can see her secret. Lies, guilt, and betrayal lay beneath her skin, and she's terrified of being exposed. How will Gia ever begin to explain? She doesn't believe she's worthy of him, and her greatest fear is that her carefully guarded heart will be shattered. However, she finds herself unable to deny this rogue tattooed rocker whose kisses just might ruin her.

Abel Gunner is not only a rock God but a Dom.  When he meets Gia on a visit to his fathers office he's struck by how intensely he feels for her.  Gia has a bet with her friend Cindy that she can't get Abel into bed.  Gia is also under the influence of her mother and is stuck between doing what her mother wants and what she wants.  When Abel and Gia finally hook-up it's electric and a one night may not be enough for either of them?  Do all the secrets Gia is holding in finally come out and ruin everything?  What happens in the end for these two?

This book is the reason I started listening to the group Our Last Night and I've been listening to them for several years now.  I highly recommend listening to them if you don't know who they are.  I enjoyed this book immensely and the writing was good.  There were quite a few grammatical and spelling mistakes in this book but once you look past them the story works well.  I look forward to rereading book 2 soon as well.