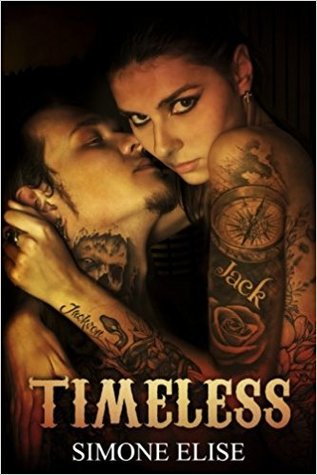 The steamy and dramatic sequel to Tattooed Love by Simone Elise. A lot can change in six years. Jax’s sentence is coming to an end, and Amber has been a ghost since the day she walked off the prison grounds. With Jax on the outside, and their son becoming more like his father every day, will Amber be able to stay away? Amber:When I left Jax behind bars I made a promise to myself. I would never let him near my child, or my life, ever again. I’ve kept that promise, leaving behind the biker life and staying hidden from my brothers and most importantly from the man who ripped out my heart. But hiding and moving on are two very different things. How am I supposed to get over someone who’s eyes I stare into every day in the form of my son...my Jack...who is his spitting image? Do I see Jax again? Do I tell him about his boy? With his release just around the corner, I better figure it out pretty damn quick. Jax:I told her to leave. That was always the deal; if I went away, Amber and I were finished. But a man’s got a lot of time to think in here, and the past years without my girl have been the hardest of my life. Do you know how many days are in 6 years? I do. Because for every single one of those days I’ve had my club searching for the woman I love. The woman I asked to marry me. The woman I kicked out of my life. As soon as these prison gates open, there is only one thing I care about and that is finding my girl, and getting things back to the way things were, just the two of us, no distractions. Being together might be dangerous, but outlaws are meant to break the rules.

This book was a follow up to Tattooed Love which left you wondering what would happen.  This book is no different as it also ends on a MAJOR CLIFFHANGER!!!

This book picks up six years after Tattooed Love.  It follows Amber as she raises her son Jackson.  Her brothers mysteriously show up on her doorstep one day and that is when her life starts to fall apart.  The two people she thought she could always trust betray her and the one person she thought she would never trust again is the one she finds herself turning too.  Jax shows up just in time to watch as everything starts falling apart for Amber and is willing to show her that he is willing to do absolutely anything to win her back.  Can these two make it work at last?  Do Jack and Jax save Amber from herself?  Do these characters get a happy ending?

There is a lot of crazy stuff happening in this book.  Again I loved the characters and the plot was good.  I enjoyed this book more than Tattooed Love because it was easier to follow.  The book flowed much better than the previous book.  There were moments of the book where the pace could have been better.  All in all it was a well written book.  Could have been better if I had some closure though.

I look forward to reading the next installment and really hope it doesn't end on a cliffhanger.  I would also love to read a book about the brothers and Tai.  While I enjoyed the books I would definitely suggest waiting to read the books until the series is complete.  Especially if you don't like cliffhangers.  That being said you should definitely read them!