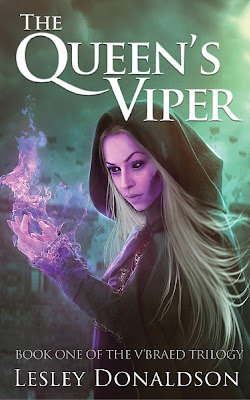 
Viper is a Blessed One, a Daoine Tor who feeds upon aeir, the life-magic of humans. In Tudor England, she meets Princess Elizabeth and discovers a mysterious amulet that stirs repressed memories. Viper elevates Elizabeth to the English throne to enhance the Kingdom's life-magic and find the amulet. The immortal seeks her kindred, only to encounter a malevolent enemy who imprisons her. Centuries later, Viper inexplicably emerges into 2012 London. She enlists the help of her Foundling, Mouse, and his eclectic cadre of human helpers, to overcome supernatural and man-made threats to her freedom as she seeks revenge upon her nemesis, Annys, and the descendants of the mortals who helped her...starting with Queen Elizabeth II. The Queen's Viper re-imagines Celtic folklore in a story that interweaves history and modern day in a gripping urban fantasy, featuring a complex anti-hero who scoffs at glittery fairy wings.

Bit of extra info: This story is told with two timelines - contemporary and Tudor/Elizabethan history in alternating chapters. SPOILER - There are also "Easter eggs" through the story which lead to book 2. 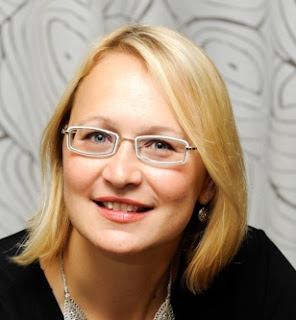 I write books and save lives. I throw axes for fun, and a vampiric unicorn who farts rainbows inhabits my soul.

Between 12 hour nursing shifts and 24 hour parenting shifts, I redefined myself as an authorpreneur with my first book, "Growing A Rainbow: The Premature Journey of a Two Pound Hero." I'm a mother of a former super-preemie with special needs, an often companionable wife, Canadian registered nurse, traveler and hobby medievalist. My debut fiction is "The Queen's Viper," an urban fantasy set in Elizabethan and modern London, with a grimdark spin on UK folklore. I'm also the co-author of "From Blog to Book," published by Publisher P.S.

Print copies can be purchased from the publisher directly from the time being via thequeensviper.com