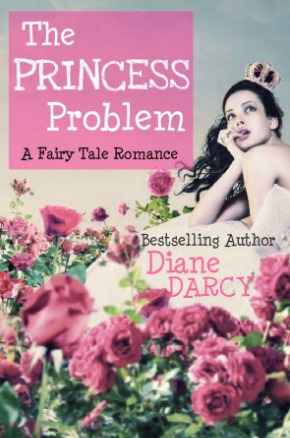 In real life, she’s given up on the fairytale ending...After having her heart broken twice, Alicia Dayne has sworn off men, decided to concentrate on her career, and is delighted to win a lucrative contract to make a commercial for Highborn Mattresses.She could make the most awesome fairytale commercial ever - except for Jonas Highborn, who isn’t exactly thrilled with her Princess and the Pea ideas, and really doesn’t want a prince in tights representing his company.Though he’s trying to keep his grieving mother happy by letting her have charge of the commercial shoot, and though Alicia’s trying to keep in mind that this annoying guy is her boss for the moment, they can’t seem to keep from clashing.Throw in an overly-handsome prince, a matchmaking mama, and a stunning rose garden, and maybe, just maybe, Alicia can be convinced they have a chance at something real.Because while she might not be a real princess, sometimes an ordinary girl’s got to take a chance, even when it seems too good to be true.When did Happily Ever After become so complicated?

This was a fun and quirky fairytale remake.  Alicia is hired by Willa to film a commercial for a family mattress company.  Little does  she know that Willa  is all set to play matchmaker.  Jonas is Willa's son and the manager of the mattress company.  Will Alicia and Jonas be able to work together?  Will Willa's matchmaking end up working out?

I enjoyed the story because of it's quirkiness.  The plot was well thought out.  The pace and flow were decent.  The writing style was fun and different.  I felt like I could have belonged in the book myself.  The characters were fun and thought out but I wasn't thrilled with them.  I think I wanted to learn more about the characters than I did.

All in all it was a good book and I look forward to reading more of these fairytale related books soon.  I learned a few things about roses through this book as well.  It was an excellent book!