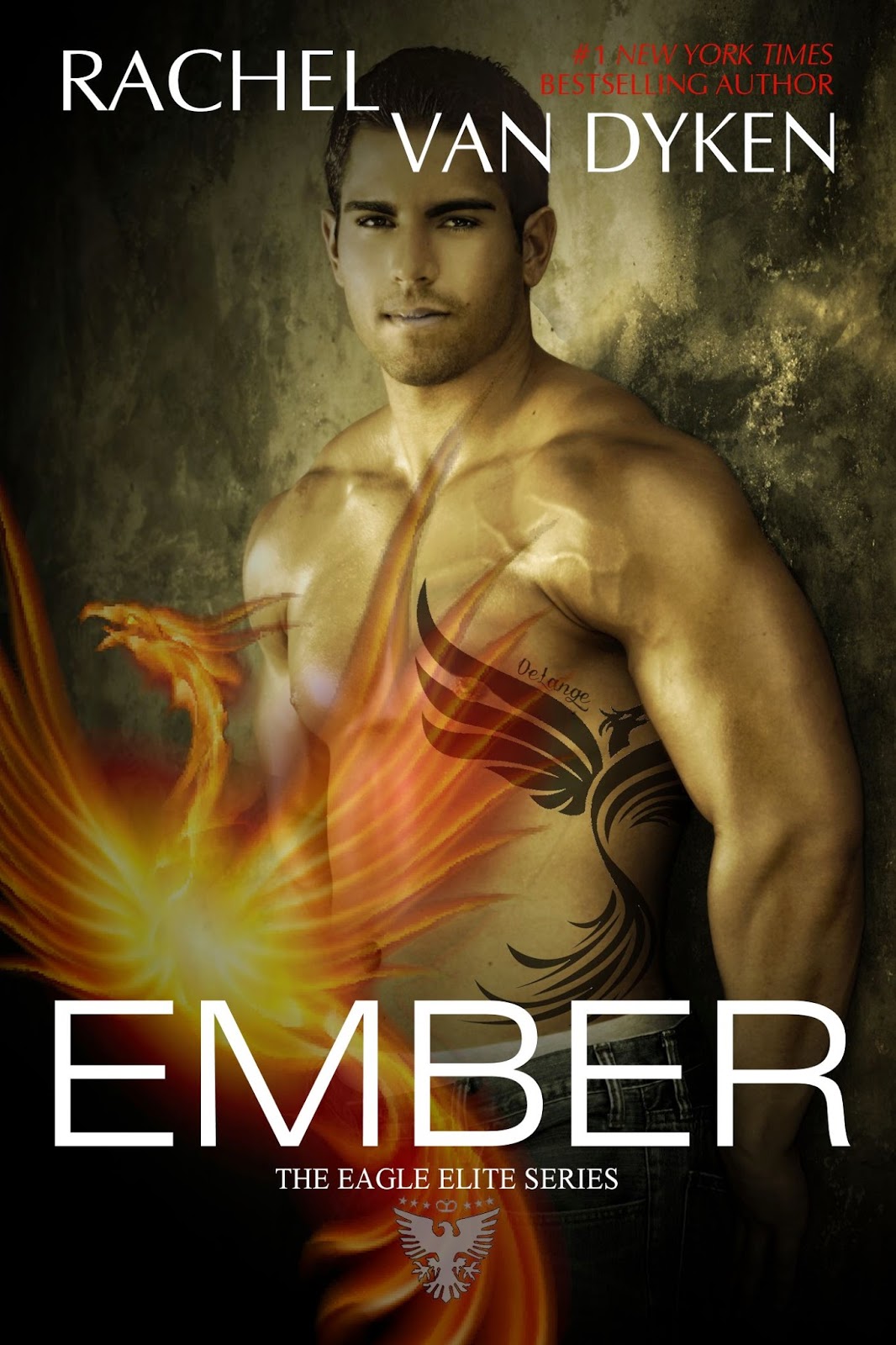 I am a Killer. A Rapist. A Monster.
I know only pain and survival.
That is until the Cappo's sister walked into my life.
And changed everything.
She's a light who makes my darkness darker, her smile makes
my heart turn to ice, and I can't escape the fear her seductive looks instill--knowing it's only a matter of time before I fail--again, and take her for myself.
This is the story of my redemption.
But it's not pretty...I died, and now I'm alive, but not living, breathing but not surviving. I am Phoenix De Lange, son to a murdered mob boss, estranged brother, horrible friend, monster in the making, newest leader to one of the most powerful families in the Cosa Nostra.
And I will have my vengeance.
Or die trying.
I am Phoenix De Lange.
Death is all I know.
Until she offers me a piece of life--I can't resist taking.

Ember: A small piece of burning coal.
Origin: Old English, Germanic.
Example: All it takes is a one tiny piece of ember to start a flame, one small flame to burst forth into a fire. One spark, and a man’s world may implode from the inside out.

“Do it,” my father spat. “Or I will.”
I looked at the girl at my feet and back at my father. “No.”
He lifted his hand above my head; I knew what was coming, knew it would hurt like hell but had no way to fight back — he’d already starved me of my food for the past three days for arguing, for trying to save the girl and her cousin.


His fist hit my temple so hard that I fell to the ground with a cry. The click of his boots against the cement gave me the only warning I’d have as he reared back and kicked me in the ribs;
over and over again he kicked. The girl screamed, but I stayed silent.  Screaming didn’t help; nothing did.


I waited until he was done — I prayed that he would kill me this time. I prayed so hard that I was convinced God was finally going to hear me and take me away from my hell. Anything was
better than living. Anything.


“You worthless—” Another kick to the head. “—piece of shit!” A kick to my gut. “You will never be boss, not if you cry every time you must do the hard thing!” Finally, blessed darkness
enveloped my line of vision.
I woke up from the nightmare screaming, not even realizing that I was safe, in my own bed. With a curse I checked the clock.
Three a.m.


Well, at least I’d only had one nightmare — that I’d remembered. I’d been living with Sergio for the past week; his house was so big that I’d basically taken the east wing, and he’d taken the
West, said he’d hated living alone anyway. I wasn’t stupid; I knew the guy wasn’t exactly a big fan, but it worked. I needed to stay in the States while I figured shit out.
And I wasn’t ready to leave. Not when I needed to learn all I could from Nixon. Not when I had responsibility.
And not when I had those black folders freaking burning a hole in my mind.


Luca hadn’t just left me an empire; he’d left me secrets. I wasn’t sure what was worse, knowing everything there was to know about those I was supposed to be protecting or knowing that
at any minute one of them could turn on us.
“Hey!” Bee barged into my room.
“Damn it!” I pulled the blankets over my naked body, my heart picking up speed at her tousled hair and bedroom eyes. Tex’s sister, Tex’s sister. My body wasn’t accepting that — physically it wasn’t accepting any information other than she was beautiful.
And it was dark.
I looked away, scowling.
“I heard screaming.” Bee took a step forward, her perfume floating off her body like an aphrodisiac or drug, making me calm, making me want something I had no business wanting.
“Yeah, well…” I gave her a cold glance. “…clearly I’m fine, so you should go. Actually, why are you here? You know you live with Tex, right?”
She shrugged and sat on my bed. I clenched my fists around the blankets to keep from reaching out to her. It was getting harder and harder to ignore her warmth — when I lived in a constant state of near-death cold.
“He’s with Mo, and they need privacy. I’m not stupid. So I asked Sergio if I could move in for a while.”
“You did what?” I asked in a deadly tone, one I was sure would probably give her nightmares later.
She grinned. “I’m your new roomie!” Bee bounced on the bed and sent me a shy look from beneath her dark lashes. “Admit it, you miss our slumber parties.”
Forget the nightmare — I was looking at it. 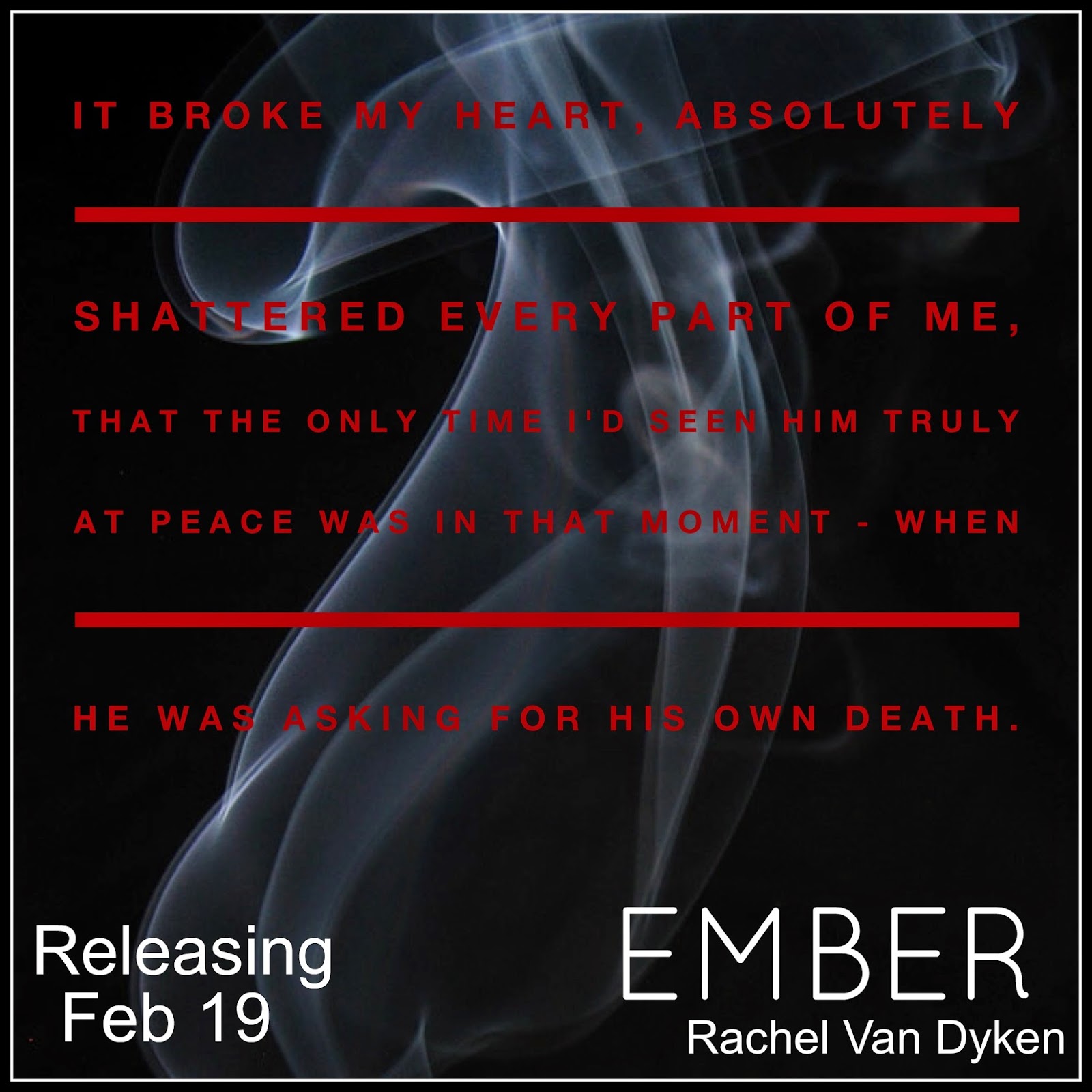 Rachel Van Dyken is the New York Times, Wall Street Journal, and USA Today Bestselling author of regency and contemporary romances. When she's not writing you can find her drinking coffee at Starbucks and plotting her next book while watching The Bachelor.

She keeps her home in Idaho with her Husband and their snoring Boxer, Sir Winston Churchill. She loves to hear from readers! You can follow her writing journey at www.rachelvandykenauthor.com