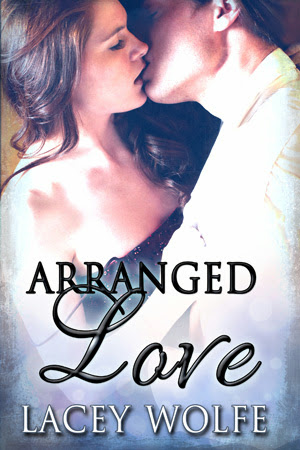 They think they’re fooling their parents, but really, the joke’s on them.

Kayla Ames’s parents could win an award in meddling. Every time she turns around, they’re setting her up with someone new. Try as she might, she can’t convince them to butt out of her love life.

Ryan Newell isn’t looking for love. After having his heart torn to shreds by his ex, he’s determined to never again fall in love and leave himself that vulnerable to being hurt. His parents, however, believe he just needs some help finding the right woman, and their friends’ daughter, Kayla, might be a perfect match.

Realizing they both have the same problem—parents who won’t stop nagging them about finding a partner—Ryan and Kayla agree to an arrangement of sorts. All they have to do is pretend to date, and they don’t even have to see each other, they can discuss the details of their “dates” via email. But then the email conversations lead to real dates, and Kayla finds herself struggling to keep her feelings for Ryan in check as he’s made it clear love will not enter into the equation for him. Then Kayla’s parents suddenly announce they’re getting a divorce, and she begins to wonder if maybe Ryan has the right idea.

When it all gets to be too much for Kayla, she has a hard decision to make—agree to stay with Ryan and never experience love, or walk away for her chance to find it.

Ryan stood in the kitchen, lost. Where in the world did this woman keep the coffee? He’d checked every cabinet, the pantry, and even the fridge. And yet he had come up empty-handed. There was no way Kayla didn’t drink the caffeinated beverage, was there?
He started opening the cabinets again. It had to be somewhere. There was a coffee maker sitting on the counter. Darn woman was torturing him!
“What’s with all the banging?”
Ryan spun around. “I can’t find the coffee.”
Kayla smirked. “It’s in the freezer.”
“The freezer?” He shook his head. Did he really want to know why she kept it there?
“Yeah, I buy the huge thing of it at Sam’s and keep it in there so it stays fresh.”
“It’s not going to go bad. It’s coffee.”
She shrugged. “I’m picky about the taste. I can’t stand coffee grounds that aren’t cold.” She opened the freezer door and pulled out the container, handing it to him. “I suppose with you here, we can keep it in the fridge.”
“Is there really a difference in taste?”
“Yes.” She turned and walked out.
Ryan finished preparing the coffee. What other little quirks did she have? Would anything top this coffee thing?
As he waited, he opened the pantry to see what cereal she had, but he didn’t find any boxes. Did she keep it in the freezer as well?
“Kayla, where’s the cereal?” he called from the kitchen doorway.
She lay on the couch with her rabbit. “I don’t have any.”
Oh God, this morning was going downhill fast. “What do you mean?”
“I don’t eat it, so I don’t buy it.”
“What do you eat for breakfast?”
“Toast.”
Damn. He was going to have to go shopping. “Would you like me to make you some since I’ll be in here?”
“Thanks, but no. I won’t eat for another hour or two.”
He nodded and went in pursuit of the bread. He’d guess it would be on the counter or in a breadbox, but with the way things were going so far, he decided to check the freezer. Sure enough, that’s where it was. He hated frozen bread. Pushing the door shut, he decided to go out and get doughnuts.
“I’ll be back.” He grabbed his keys from the table in the foyer. “Gonna get doughnuts. Got a kind you want?”
“I’m not picky.”
He snorted and she looked at him oddly. As he made his way out the door and to the car, he realized what he’d been hearing all these years were true. You never really know a person until you live with them. 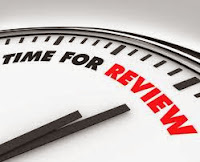 There are no words for this book.  Lacey surprises me with each new book I read.  I keep thinking her books can't get better and every book is better than the last.  This book is no different.

Arranged Love follows Ryan and Kayla as they find love again.  Their parents are bugging them to get married and continuously set them up.  I laughed, I cried, I almost threw my kindle across the room.

I loved the theory behind the book and it is amazingly written.  I honestly don't think I have found a single book by Lacey that I haven't completely fallen in love with and this book is no exception.  Well rounded characters, great plot and I was speechless after reading this book.  It's been almost two weeks and I still have no words for how much I absolutely loved this book.