The Lost Apothecary : A Novel 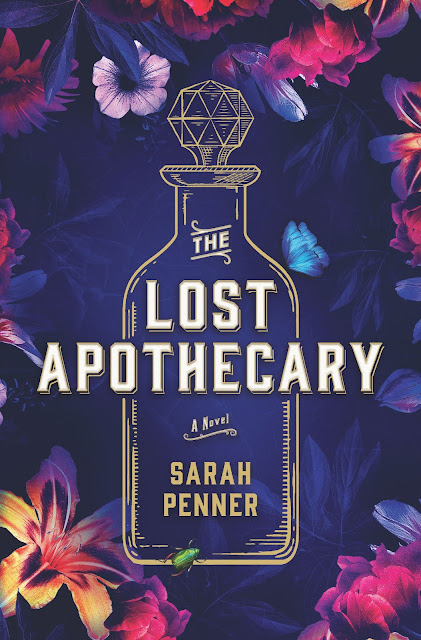 In this addictive and spectacularly imagined debut, a female apothecary secretly dispenses poisons to liberate women from the men who have wronged them—setting three lives across centuries on a dangerous collision course. Pitched as Kate Morton meets The Miniaturist, The Lost Apothecary is a bold work of historical fiction with a rebellious twist that heralds the coming of an explosive new talent.

A forgotten history. A secret network of women. A legacy of poison and revenge. Welcome to The Lost Apothecary…

Hidden in the depths of eighteenth-century London, a secret apothecary shop caters to an unusual kind of clientele. Women across the city whisper of a mysterious figure named Nella who sells well-disguised poisons to use against the oppressive men in their lives. But the apothecary’s fate is jeopardized when her newest patron, a precocious twelve-year-old, makes a fatal mistake, sparking a string of consequences that echo through the centuries.

Meanwhile in present-day London, aspiring historian Caroline Parcewell spends her tenth wedding anniversary alone, running from her own demons. When she stumbles upon a clue to the unsolved apothecary murders that haunted London two hundred years ago, her life collides with the apothecary’s in a stunning twist of fate—and not everyone will survive.

With crackling suspense, unforgettable characters and searing insight, The Lost Apothecary is a subversive and intoxicating debut novel of secrets, vengeance and the remarkable ways women can save each other despite the barrier of time. 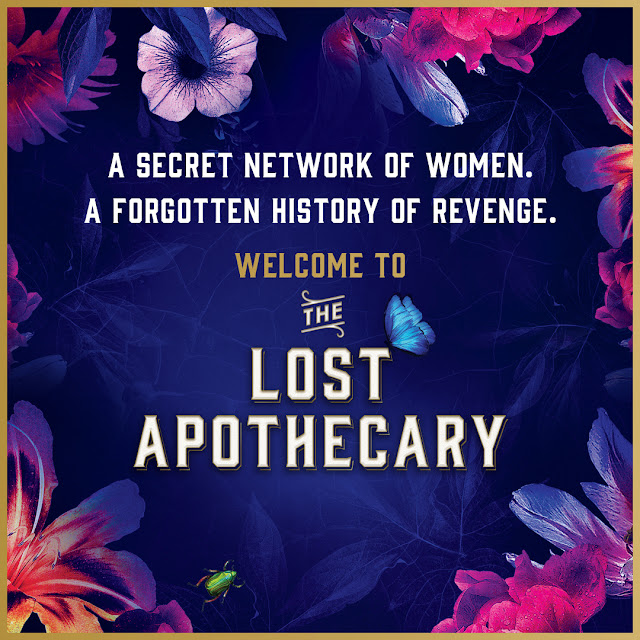 I knew neither her age nor where she lived. I did not know her rank in society nor the dark things of which she dreamed when night fell. She could be a victim or a transgressor. A new wife or a vengeful widow. A nursemaid or a courtesan.

But despite all that I did not know, I understood this: the woman knew exactly who she wanted dead.

I lifted the blush-colored paper, illuminated by the dying f lame of a single rush wick candle. I ran my fingers over the ink of her words, imagining what despair brought the woman to seek out someone like me. Not just an apothecary, but a murderer. A master of disguise.

Her request was simple and straightforward. For my mistress’s husband, with his breakfast. Daybreak, 4 Feb. At once, I drew to mind a middle-aged housemaid, called to do the bidding of her mistress. And with an instinct perfected over the last two decades, I knew immediately the remedy most suited to this request: a chicken egg laced with nux vomica.

The preparation would take mere minutes; the poison was within reach. But for a reason yet unknown to me, something about the letter left me unsettled. It was not the subtle, woodsy odor of the parchment or the way the lower left corner curled forward slightly, as though once damp with tears. Instead, the disquiet brewed inside of me. An intuitive understanding that something must be avoided.

But what unwritten warning could reside on a single sheet of parchment, shrouded beneath pen strokes? None at all, I assured myself; this letter was no omen. My troubling thoughts were merely the result of my fatigue—the hour was late—and the persistent discomfort in my joints.

I drew my attention to my calfskin register on the table in front of me. My precious register was a record of life and death; an inventory of the many women who sought potions from here, the darkest of apothecary shops.

In the front pages of my register, the ink was soft, written with a lighter hand, void of grief and resistance. These faded, worn entries belonged to my mother. This apothecary shop for women’s maladies, situated at 3 Back Alley, was hers long before it was mine.

On occasion I read her entries—23 Mar 1767, Mrs. R. Ranford, Yarrow Milfoil 15 dr. 3x—and the words evoked memories of her: the way her hair fell against the back of her neck as she ground the yarrow stem with the pestle, or the taut, papery skin of her hand as she plucked seeds from the flower’s head. But my mother had not disguised her shop behind a false wall, and she had not slipped her remedies into vessels of dark red wine. She’d had no need to hide. The tinctures she dispensed were meant only for good: soothing the raw, tender parts of a new mother, or bringing menses upon a barren wife. Thus, she filled her register pages with the most benign of herbal remedies. They would raise no suspicion.

On my register pages, I wrote things such as nettle and hyssop and amaranth, yes, but also remedies more sinister: nightshade and hellebore and arsenic. Beneath the ink strokes of my register hid betrayal, anguish…and dark secrets.

Secrets about the vigorous young man who suffered an ailing heart on the eve of his wedding, or how it came to pass that a healthy new father fell victim to a sudden fever. My register laid it all bare: these were not weak hearts and fevers at all, but thorn apple juice and nightshade slipped into wines and pies by cunning women whose names now stained my register.

Oh, but if only the register told my own secret, the truth about how this all began. For I had documented every victim in these pages, all but one: Frederick. The sharp, black lines of his name defaced only my sullen heart, my scarred womb.

I gently closed the register, for I had no use of it tonight, and returned my attention to the letter. What worried me so? The edge of the parchment continued to catch my eye, as though something crawled beneath it. And the longer I remained at my table, the more my belly ached and my fingers trembled. In the distance, beyond the walls of the shop, the bells on a carriage sounded frighteningly similar to the chains on a constable’s belt. But I assured myself that the bailiffs would not come tonight, just as they had not come for the last two decades. My shop, like my poisons, was too cleverly disguised. No man would find this place; it was buried deep behind a cupboard wall at the base of a twisted alleyway in the darkest depths of London.

I drew my eyes to the soot-stained wall that I had not the heart, nor the strength, to scrub clean. An empty bottle on a shelf caught my reflection. My eyes, once bright green like my mother’s, now held little life within them. My cheeks, too, once flushed with vitality, were sallow and sunken. I had the appearance of a ghost, much older than my forty-one years of age.

Tenderly, I began to rub the round bone in my left wrist, swollen with heat like a stone left in the fire and forgotten. The discomfort in my joints had crawled through my body for years; it had grown so severe, I lived not a waking hour without pain. Every poison I dispensed brought a new wave of it upon me; some evenings, my fingers were so distended and stiff, I felt sure the skin would split open and expose what lay underneath.

Killing and secret-keeping had done this to me. It had begun to rot me from the inside out, and something inside meant to tear me open.

At once, the air grew stagnant, and smoke began to curl into the low stone ceiling of my hidden room. The candle was nearly spent, and soon the laudanum drops would wrap me in their heavy warmth. Night had long ago fallen, and she would arrive in just a few hours: the woman whose name I would add to my register and whose mystery I would begin to unravel, no matter the unease it brewed inside of me. 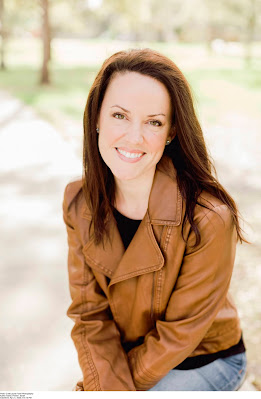 Sarah Penner is the debut author of The Lost Apothecary, to be translated in eleven languages worldwide. She works full-time in finance and is a member of the Historical Novel Society and the Women's Fiction Writers Association. She and her husband live in St. Petersburg, Florida, with their miniature dachshund, Zoe. To learn more, visit slpenner.com.