We are so excited to be bringing you the release of KING'S RANSOM, a brand new standalone contemporary romance from award-winning author Marie Johnston. If you love billionaire romances, this is one you don't want to miss! 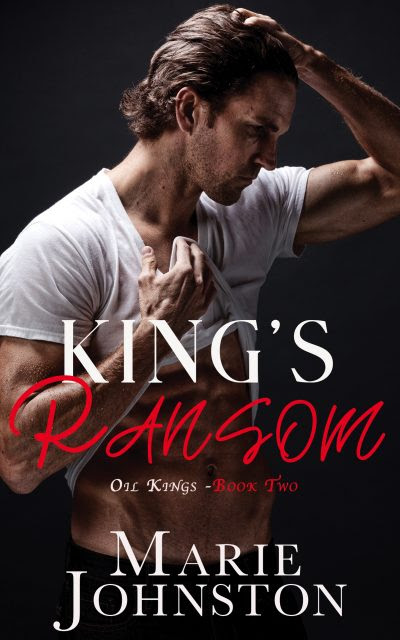 When revenge turns into a fake engagement...
It was supposed to be a simple case of revenge: get to know King Tech owner and CEO Beckett King, learn his secrets, and ruin his life like he ruined my brother’s. But Beckett King offers me a deal I can't refuse.
Not only does he want me to pretend to be engaged to him, he needs to marry me to get his grandmother off his back. And at the end of the year, we can go our separate ways, only I’ll be a whole lot richer.
I won’t fall for his irresistible good looks, or that aw, shucks country-boy charm he still possesses from growing up on a ranch. I'm smarter than that. He has a lesson to learn and I'm the best one to teach him.
But that’s the tricky thing with revenge. It doesn’t always go as planned.
King's Ransom is a standalone novel in the Oil Kings series written by an award-winning author.

Add KING'S RANSOM to your TBR! 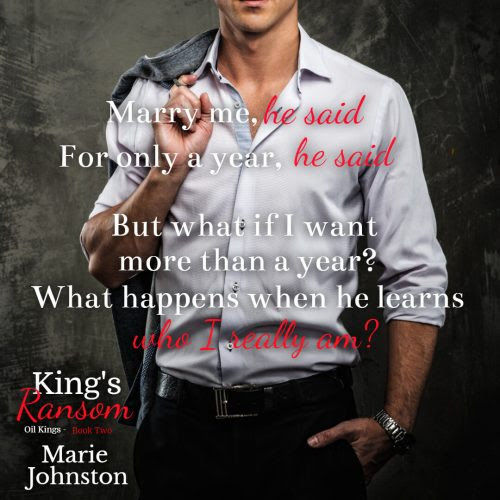 Marie Johnston is a RITA® Finalist, and a best-selling and award-winning writer of paranormal and contemporary romance – and an avid reader of them both.

Several years ago, when kids started outnumbering adults in the house, Marie Johnston left her job as a public health microbiologist to stay at home. Settling into working part-time and shuttling kids around gave Marie the opportunity to think about what she wanted to be when she grew up. A die-hard science geek, she explored her previously thought to be non-existent creative side after much time spent making snowman crafts and coloring princesses. Having entertained thoughts of writing a book one day then subsequently deciding it would be too hard, she finally put the figurative pen to paper and began to type – and fell in love with story telling.

The Sigma Menace is the first series by Marie with Fever Claim being her first book EVER. She is humbled by the fact that people are willing to read to her books and looks forward to keeping readers entertained for many years.

Marie lives with her husband and four kids in the Upper Midwest where the summers are gorgeous, the winters are brutal, and spring and fall are luxuries.