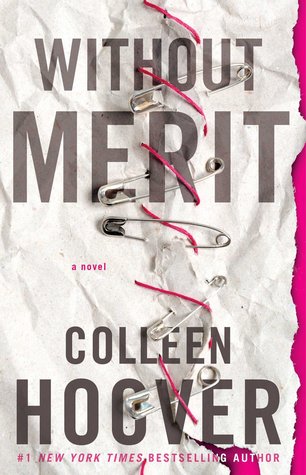 Not every mistake deserves a consequence. Sometimes the only thing it deserves is forgiveness.
The Voss family is anything but normal. They live in a repurposed church, newly baptized Dollar Voss. The once cancer-stricken mother lives in the basement, the father is married to the mother’s former nurse, the little half-brother isn’t allowed to do or eat anything fun, and the eldest siblings are irritatingly perfect. Then, there’s Merit.
Merit Voss collects trophies she hasn’t earned and secrets her family forces her to keep. While browsing the local antiques shop for her next trophy, she finds Sagan. His wit and unapologetic idealism disarm and spark renewed life into her—until she discovers that he’s completely unavailable. Merit retreats deeper into herself, watching her family from the sidelines when she learns a secret that no trophy in the world can fix.
Fed up with the lies, Merit decides to shatter the happy family illusion that she’s never been a part of before leaving them behind for good. When her escape plan fails, Merit is forced to deal with the staggering consequences of telling the truth and losing the one boy she loves.

This was a far cry from the books I've grown to love by Colleen Hoover.  That being said, I still loved it after I was able to get into it.  I struggled with this book at first because I couldn't figure out where things were going.

Merit Voss grew up in a church with secrets on everybody in her house.  Then she meets Sagan her twin sisters friend/boyfriend and things start to change for her.  Eventually she just kind of explodes and then when things get out of hand she attempts to end things.

This is an interesting take on people with depression and anxiety.  Once I figured out the story plot I really connected to the story.  It hit home and told the story about how I was feeling as well.  I was Merit for a years and this book pushed me to make a change.  So once again Colleen's book has pushed me to make the change that was needed while falling in love with another book.  Colleen is an amazing author who can make anybody bawl in public as they read her books.

I feel like this review doesn't really make sense but I can't put it any other way.  If you haven't read a Colleen Hoover book then you are missing out.  Yes some are better than others but they are all amazing.