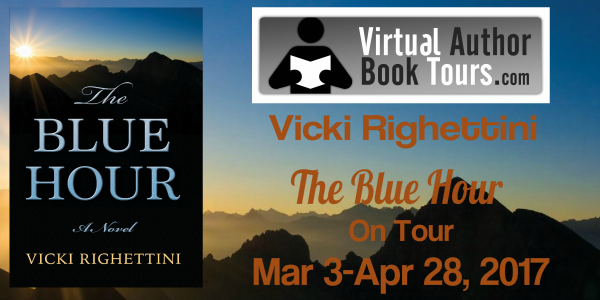 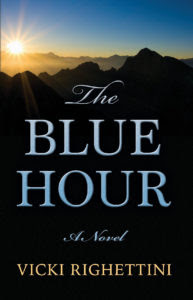 IN THIS EPIC TALE of love, loss, and redemption, the year is 1861, a time when women are expected to be married by a certain age. At 26, spinster Emily Wainwright has no reason to believe her sheltered life will ever change—until the charming Samuel Todd unexpectedly crosses her path.

Samuel yearns to homestead and start a family in Oregon, but he first needs to find a wife. Blinded by Samuel’s good looks, and grasping at her final chance to have a husband and children, Emily accepts his marriage proposal. However, Samuel is not the man she thought he was, and her marriage becomes a cold, cruel prison, offering her no solace amidst the hardships of farm life.

When Samuel dies and a second chance at love and happiness arrives in the form of farmhand Cole Walker, Emily must overcome her bitter past—or risk losing Cole and the life she has always dreamed of having.

When they parted from their embrace, Samuel regarded his new wife. The deep blue shade of her dress brought a surprising depth to her eyes. Their intimacy shone for him alone, and invited him in. He felt his loins stir and wondered if she had any idea what was in store for her tonight.
Amidst a flurry of hugs and handshakes, Nettie rose to the occasion and joyfully passed around a tray of sherry cordials to toast the bride and groom. Judge Wainwright made a short, amiable speech – Emily was relieved to notice – welcoming Samuel into the family. Then after Nettie and Reverend Charles Todd witnessed the signing of the marriage certificate, everyone drifted into the dining room for a festive meal: Emily’s first as Mrs. Samuel Todd, and her last in her childhood home.
As Nettie brought each course to the table with a dramatic flair, Emily sat at the center of the glowing celebration, flushed with sherry and excitement, and shivering with delight each time Samuel squeezed her hand under the table. Toast after toast was made in their honor. The room began to swim in color and light. Her head swirled with the same giddiness she’d felt when her father took her to the county fair as a child.
Then all of a sudden the room seemed to go dim, as if the gas lamps on the walls had faltered. She tried to shake off the wine’s effects and focus on the faces around the table, but she couldn’t make them out. Everyone smiled and nodded, but they seemed miles away. She was seized with a suffocating panic. Suddenly it seemed the most important thing in the world to call them all back, to embrace them and never let go. She couldn’t lose them. Not on the most important day of her life.
Then she heard her own voice crying out deep inside her: Don’t go! Her heart raced. Her stomach lurched like a ship in a storm. And all at once she knew: she’d made a terrible mistake. No, this was crazy – she’d been through all this, answered all her doubts. But something was deeply wrong. She could feel it. A sheen of perspiration broke out on her upper lip, and she dabbed at it with the corner of her napkin. Until she knew what was wrong, she had to stay in Springfield. In Springfield she’d be safe. Life could go on as it was, before she knew, or cared, that there was an Oregon, or a Samuel wanting to take her there.
She scanned the blurred faces. They went on eating their food and drinking their wine, merrily oblivious to her distress. If only she could make them see, they’d help her. They’d have to. She saw more wine being poured into her glass and looked up gratefully at her new husband. His smiling visage would surely put an end to her uneasiness. It always had. But when he came into focus, what she saw shocked her to the core. The face that looked back at her was leering, rapacious: the face of a man with a vile secret.
The vision lasted for just an instant. She blinked, and when she looked back Samuel was again the charming, genteel man she knew. She began to doubt what she’d seen. It was surely the wine, or a trick of the light. Then Nettie’s warning echoed in her ears. She watched with a sinking feeling as Samuel took a cigar from the tray being passed around, then followed him with her eyes as he rose and joined the men retreating to her father’s study. He was laughing, clapping his hand on the back of his clergyman brother, who failed to appreciate his brother’s brash conviviality. Watching the scene, Emily discerned a dark undertone in Samuel’s levity: his laughter rang in her ears with a baseness she’d never heard before.
And she wondered – who have I married?

This book started out slow and kind of confused me but then it seemed to pull itself together and start to make sense.  I am a fan of historical fiction so it intrigued me in that respect.  The title also caught my attention.  So with those two aspects I decided to give the book a try.

I am on the fence about this book.  There were aspects like the plot and the characters that I absolutely loved and found no flaws with.  But then there are aspects like the pace and writing style that I really struggled with.  So I am fighting with myself in regards to this book.
I can honestly say that I would give this book 3 stars.  Because the ideas and the characters are there and life like.  However, I did not feel like I was a part of this book.  I did not get sucked in like I usually do.  Also the pace didn’t work at all for me.  Everything seemed to be going too quickly and I kept feeling like I missed something important and would have to go back and reread.
However, while this book wasn’t for me it may be perfect for you.  So yes I would recommend it and I look forward to reading what everybody else thought of this book!

“All of Righettini’s characters are well-rounded, in particular Emily herself, whose personal growth throughout the novel is richly detailed and memorable.”-Historical Novel Society

“This novel is about second chances and the courage needed to take them.  The most compelling aspects of The Blue Hour are not the vivid, expansive descriptions of life on the vast (and seemingly never-ending) Oregon Trail or the well-drawn characters who dance (and often trudge) between hardship and hope. Instead, the brightest lights burst forth from nuanced moments tucked throughout the story.
Read this book if you want to immerse yourself in the wilds of western America in the 1860s or get lost in the even denser wilderness of love and loss. Maybe this recommendation needs to be simplified even further – read this book. It’s exhilarating to root for a character who is trying to navigate uncharted territory and make the greatest discovery of all.”-Underground Book Reviews

“The Blue Hour is one of the finest historical novels I've ever read. You will love the author's writing and the detailed historical references. The characters are vividly portrayed, and I felt as if I knew them well. Long after I'd finished reading, I still thought about the story. It's part adventure, part love story, and part survival. Highly recommended.”-Ann Creel, Author 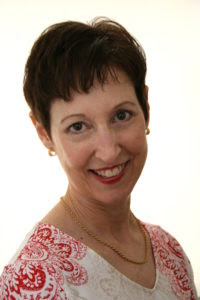 Vicki Righettini is an award-winning, nationally produced playwright, and her recently-published historical novel, The Blue Hour, was a badge winner and Pitch Perfect Pick at Underground Books. Originally from Los Angeles, Vicki lived in Oregon for over twenty years, where she developed an abiding love of the land and the Oregon way of life. Before turning to full-time writing, she worked for forty years as a singer/actress and performing arts instructor. Her blog, Between a Book and a Hard Place, focuses on the ups and downs of the creative process (http://www.vickirighettini.com). Vicki lives in San Diego with her software-developer, Jeopardy!-champion husband, and the world's shyest cat.