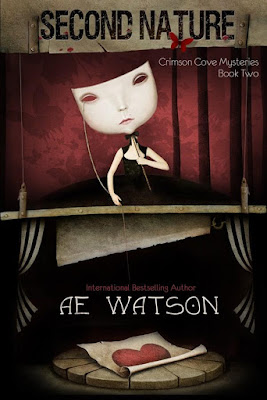 Blurb:
Flirting, first love, fighting for your life.
All the things that represent a spectacular fall in Crimson Cove, named after the sight one sees when the trees all turn red in the crisp autumn air.
When school starts and the events of the summer no one is likely to forget haven't been solved, the five girls decide to take matters into their own hands.
But the problem with lifting stones to find the secrets hidden under them is that you never can tell just what lies beneath.
For the five unlikely friends, what lies beneath involves each and every one of them.
And as the story twists and turns, they start to see they are each connected to the murder and the disappearance still rocking the small sea side community.
Don't miss the exciting second book in The Crimson Cove Mysteries. 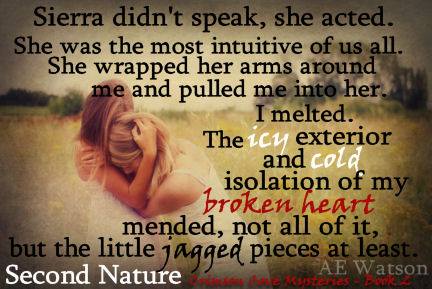 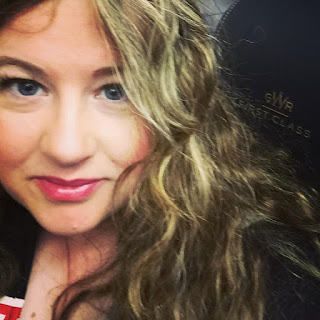 I am the mother of two beautiful girls who are growing up so fast, the wife of a cute guy in a uniform (my own personal hero), and a writer.


My family will tell you it doesn't exactly fall into that order. Especially around dinner time when I "Cook" from a takeout menu with my face plastered to my computer.
I also have two cats who I adore more than I should, like more than people I know, and a dog. He is a beagle who is naughty but just so darned cute. He gives you that little beagle face and then steals your slice of pizza.

I have a busy mind and even busier fingers. I can write fast and keep track of a large cast, but I can't remember why I'm at the grocery store. I try to write lists but they always end up being notes for books or indie bands. I LOVE INDIE MUSIC!
I talk to myself in the car and sing too loud for my skill level. The invention of Bluetooth has made talking in the car less awkward but if you hear me singing, run.
I love writing. I love my characters like they are my friends and I am telling their version of the truth.

My worst flaw is the horrid English accent which I read everything with. If I read aloud it comes too. I'm not English, so I can't even do the accent which makes it awkward for anyone who is nearby.

My favourite authors are Robert Jordan and Jane Austen and Robert Mccammon and Jim Crace. I think Stephen King and Dean Koontz have the most unique imaginations. I have the hardest time not LOVING Catcher In The Rye by J.D. Salinger. I know all the serial killers have a copy but I adored that novel. It made me feel a thousand different things and one of them was more alive. (And not in the least bit serial killer-ish)
When I grow up I want to be James Patterson or Nora Roberts. I aspire to be like them, always trying to hone my skills and work harder.
My genres are all over the map. I have Paranormal Romance, Contemporary Romance, Science Fiction, Erotica (under Sophie Starr my porn name so my mom doesn't know), Thrillers, and even some Romantic Comedies.

If you would like to reach me for whatever reason, please visit me at my facebook page -facebook.com/TaraBrownAuthor. You can also email me at tarabrownauthor@hotmail.com

Thanks for checking me out and I hope you got lost in something I wrote or it made you so HAPPY/SAD/BLISSFUL/TURNED ON/ANGRY/EXCITED/FRIGHTENED/HORRIFIED/MAD that you couldn't believe it.

The list of what is coming out this year is not completed. I will keep my Facebook page as up to date as I can.
Here is a short breakdown of my genres and pen names.

TARA BROWN- My main page and essentially my brand. Books published under Tara Brown will be adult and mostly suspense and romance. The Lonely and Single Lady Spy Series are among those. Not intended for young readers, at all. 18 and over.

AE WATSON - My pen name for Young Adult books. Born, HERE, The Seventh Day, White Girl Problems, etc. This is my page that is safe for YA readers of a mature reading level.

TL BROWN - Adult Paranormal, Science Fiction, and Fantasy. NOT FOR YOUNG READERS AT ALL!!

SOPHIE STARR - Adult Only Erotica. NOT FOR YOUNG READERS AT ALL!!!!!!!!

Hope you have a great day and of course, happy reading! Remember to read at your comfort level. Not all books published by me, Tara Brown, are suited for everyone. 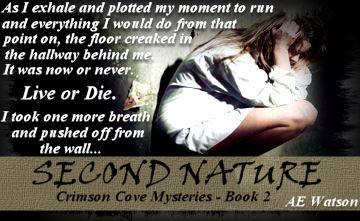 The noise of the creaking stairs, the ones I had just crept up, sounded like it echoed in my ears. Someone had followed us here.
“Jake,” I whispered, hoping he was messing around. If he was, I would be angry. I lifted one leg after the other and slipped my high heels off, holding them both so I could tiptoe through the half-constructed mansion without making noise.
Jake didn't answer, but the footsteps had stopped from the moment I whispered.
The scary movie marathon we’d had before Rachel died flashed through my head, bringing ideas and memories with it. I tiptoed around the corner, brushing my Frankenstein’s bride dress on the rough edge where the unfinished walls met. The drywall scraped against me, making me wince as I hurried along the corridor to the back deck. Whoever was in the house with me was either moving silently too or they were standing still, listening.
Either way, I had a terrible feeling this wasn't a game.
That meant one thing: Jake was injured or hiding.
And I was alone.
My heart raced, my eyes burned from not blinking—fearful I would miss something—and my mouth was as dry as a mouthful of popcorn.
The floor creaked.
I froze.
“Sierra,” someone whispered into the dark.
My skin crawled when I realized it wasn't Jake. It wasn't his whisper. I’d heard that enough times, always in the dark, to know it wasn't him.
“Sierra, don't be scared.” It sounded like something it couldn't be, but I didn't believe. I stayed perfectly still, waiting for the moment I needed to run to the back deck and jump down onto the sandy beach.
What had the girls in the horror movies done wrong? What could I avoid? My mind raced, remembering the runners always got caught. They always got stabbed. Usually in the back. The thought of it made my skin burn where I imagined the knife would slice.
The hiders always got caught. They were the ones breathing too loudly or hiding in stupid places.
“Sierra, I won’t hurt you if you come to me.”
I squeezed my eyes shut for half a second and waited for the answer, the right choice, to pop into my head.
A dog barked, making me jump and open my eyes. The sound was joined by the creaking of the floorboards again.
With gentle breaths and controlled movements I crept along the hallway, entering the spot where the kitchen or master bedroom would likely go. The house was freshly sealed with windows and doors, but it was still in the drywall stage with plywood floors.
The massive back deck was through the white French doors, facing the beach and open ocean. The moon offered light, enough to make shadows move with me.
I hurried to an alcove I assumed would one day be a nook for a breakfast bar or maybe the ensuite soaker tub. I pressed my back against the wall and stared at the bright white French doors. If I could make it to them, I was free.
If only I had my cell phone, I could call the police or Jake or Vincent. Someone would come and help me. Even Ashton might answer.
But that wasn't an option. I scolded myself for my weakness in me and forced my focus to be on the doors. They were my answer. They were my hope.
As I exhaled and plotted my moment to run and everything I would do from that point on, the floor creaked in the hallway behind me.
It was now or never.
Live or die.
I took one more breath and pushed off from the wall…