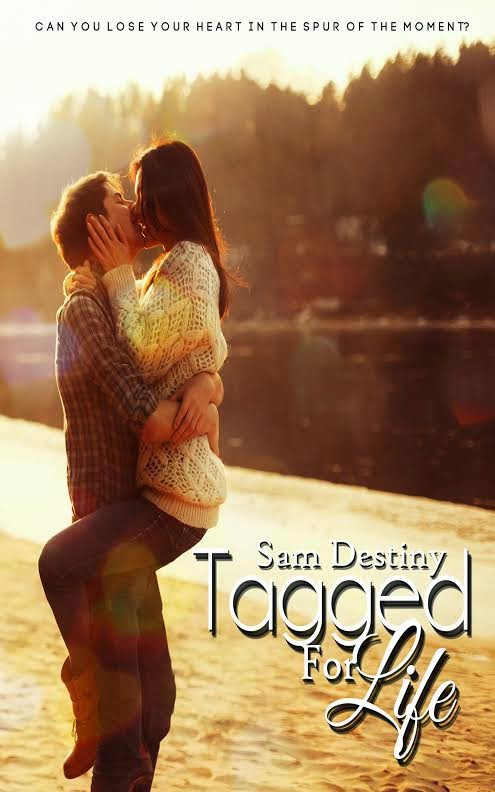 Blurb:
A career. A perfect future. Everything he could wish for. That’s what Corporal Jesse ‘Jazz’ Connor thinks about his life. He can’t understand why his comrades feel the need to find a girl and settle down when the Army career latter has so many steps to climb. Up, up, up; that’s where he’s looking – and that’s the reason, too, why he stumbles over the only thing that maybe can change his view on life forever: Tessa.

No job. No plan. An open future. That’s how Tessa Connor likes to see her life as she starts a trip to see some friends half way across the world. And Jazz will be her first step to the new Tessa. Build up your confidence; show the world what you can do, that’s her new motto. The problem is that Jazz maybe turns out to be so much more than she could ever have hoped for – and still not be able to hold onto.
Together they need to find a way to make A and B come together with an ocean between them that threatens to drown everything – maybe even their love.

Once upon a time there was a young girl with her head full of dreams and her heart full of stories. Her parents, though not a unit, always supported her and told her more stories, encouraging her to become what she wanted to be. The problem was, young Sam didn't know what she wanted to be, so after getting her A-levels she started studying Computer Science and Media. After not even one year she realized it wasn't what her heart wanted, and so she stopped, staying home and trying to find her purpose in life. Through some detours she landed an internship and eventually an apprenticeship in a company that sells cell phones. Not a dreamy career, but hey. Today she's doing an accounting job from nine-to-five, which mainly consists of daydreaming and scribbling notes wherever she can.
All through that time little Sam never once lost the stories in her heart, writing a few little of them here and there, writing for and with her best friend, who always told her to take that last step. Only when a certain twin-couple entered her mind, bothering her with ideas and talking to her nonstop did she start to write down their story - getting as far as thinking she could finish it. Through the help of some author friends, and the encouragement of earlier mentioned best friend, little Sam, now not so little anymore and in her twenty-seventh year,  decided to try her luck as an Indie author. She finished the story of the first twin, Jaden, and realized she couldn't ever stop. So, it is only after five that the real Sam comes out. The one that hungers for love, romance, some blood, a good story, and, at the end of the day, a nice hot cup of Chai Tea Latte.
And if the boys are still talking to her, she'll write happily ever after.