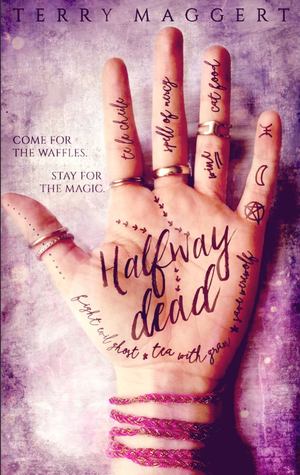 She loves being a witch. She loves her town of Halfway, NY—a tourist destination nestled on the shores of an Adirondack lake. Carlie loves her enormous familiar, Gus, who is twenty-five pounds of judgmental Maine Coon cat, and she positively worships her Grandmother, a witch of incredible power and wisdom. Carlie spends her days cooking at the finest—and only—real diner in town, and her life is a balance between magic and the mundane, just as she likes it.

When a blonde stranger sits at the diner counter and calls her by name, that balance is gone. Major Pickford asks Carlie to lead him into the deepest shadows of the forest to find a mythical circle of chestnut trees, thought lost forever to mankind. There are ghosts in the forest, and one of them cries out to Carlie across the years. Come find me.

Danger, like the shadowed pools of the forest, can run deep. The danger is real, but Carlie’s magic is born of a pure spirit. With the help of Gus, and Gran, and a rugged cop who really does want to save the world, she’ll fight to bring a ghost home, and deliver justice to a murderer who hides in the cool, mysterious green of a forest gone mad with magic. 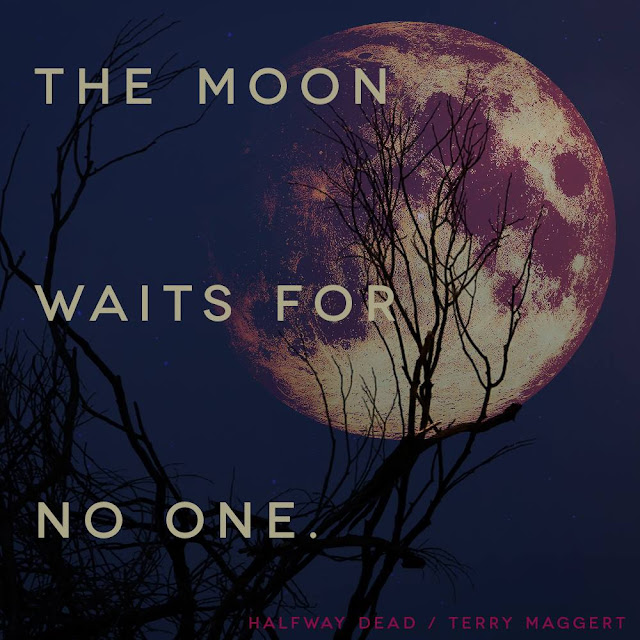 Excerpt
I speak four languages. English, naturally, then Latin, and the Lingua Arcana. The language of magic is not my most unusual language skill. That honor goes to my fourth tongue, the curious shorthand diner pidgin that has evolved in the Hawthorn since before I was born. Our waitresses speak it; so does Louis, and both of the other cooks, and all of the former waitresses, too. We don’t have waiters; the ladies who wait tables would sooner die than allow their jobs to go elsewhere, which is usually the way a position opens up. My mom told me that nearly every job goes from family member, to daughter, cousin, or niece. I know one thing; they handle the front of the diner like a finely-tuned engine, so whatever system they have for finding new staff once every five years, works.

The diner seats about forty if they know each other, and twenty-five if they don’t. It’s a basic rectangle, with the kitchen in the back, tables to both sides, and a middle counter where the serious caffeine addicts like to park when they read their phones or newspapers. To the left is a small bakery case standing next to the cash register. Bathrooms are along the far right wall, and our décor is so Adirondack that you expect a moose to come walking out of the hallways at any moment. Every single thing in the diner is locally made, and there are panels on the wall where people can leave a business card, or something declaring that they were here to visit. The layer of cards is five deep in some places, and I’ve seen names in over fifty languages. What can I say? People love diners.

This morning, I was joined by Louis, as I suspected, who spent the bulk of his morning baking furiously to produce over a hundred pusties in both chocolate and vanilla varieties. Before you ask, of course I tested the custard. I care too much not to, and you’ll simply have to accept the fact that my sacrifice to quality knows no bounds.

Mallory and Pat were waiting tables and making chaos into order, usually by the simple act of refilling coffee cups. Before Pat could hang her ticket in the window, she squawked an order while pouring chocolate milk and refilling a jelly caddy. She was in her late forties, rail thin, and pretty if you ignored a long nose that gave her a faintly sad expression until she smiled. Her dyed-blonde hair was in the requisite net, and she had the hands of a pianist, which she was at her church on Sundays.

“Rasher dasher and a Carlie, you stay here,” Pat said before pinning the ticket to the stainless steel wheel and whirling back to the front. For people other than the fifteen or so who speak Hawthorn Diner, that was a bacon sandwich wrapped in foil and a half stack of waffles. Yes, we stack our waffles; it’s sort of our thing, and my recipe is stellar because it was a gift from my Gran. Upon retiring from home waffle preparation some years earlier, it was generally known that she was a ninja with anything that required batter. The half stack is in honor of my lack of height; it seems that whoever is the shortest staff member gets the honor of having a small portion of waffles named after them. Until we hire someone under five feet tall, three waffles on a plate will forever be known as a Carlie. I can live with that. Waffles are amazing. I looked out to see who ordered it, and met the eyes of a tourist who’d eaten the same thing every day for the past week. I gave him a friendly nod and bent to the griddle; even short timers in Halfway sometimes learn that routine can be beautiful.

Looking out from the diner, I can see the main road in town, and it’s usually clogged with traffic that alternates between cautiously optimistic and the border of open revolt. If a moose or deer comes wandering along the road, which they do almost every day, people love to slow down, take pictures, and generally back traffic up to the border of Pennsylvania. It doesn’t really matter what day of the week it is; tourists are the lifeblood of my little town, and they’re present seven days a week. This morning was no different. I glanced out at the slow procession of family cars and SUVs, wondering if any of the drivers would get off the main road and really see what they were passing by. I hoped so. It was too beautiful to miss.

The honking was what drew my attention, and I felt a chill that had nothing to do with scooping ice into a bin that held pats of butter. Outside, a low-level buzz was building as people began to walk off the sidewalks toward a forgettable silver sedan that may as well have been emblazoned with a sign that read rental car. The driver, a man of middle years, was slumped over the steering wheel, causing the stoppage of traffic. As I saw this detail, one of our patrons leapt to his feet and ran outside; he had the build and haircut of a firefighter. A woman reached in and put the car into park, then opened the door, and in seconds the crowd was laying the man gently onto the sidewalk mere feet from our door.
He was dead. I could tell at a glance that he was completely, spectacularly dead. Whatever killed him had been instantaneous. His eyebrows were furrowed slightly in concentration, and his brown eyes stared up and beyond the shoulders of the people circling him. We have one police officer who works our town; he’s a sheriff with the county, and I saw his lean frame wedge through the group of onlookers to take control of the situation. He spoke quickly to the man who’d left our diner in such a rush. An older woman who oozed competence knelt by the body, too, placing her fingers expertly to verify that there was no pulse. I saw her give a short, definitive shake of her head, wipe something from the man’s mouth, and then slowly stand. She never took her eyes from the man’s face. The sheriff, Hugh, searched the body and produced a wallet, then flipped it open while speaking into his radio. This all transpired in a matter of moments; the eggs I’d been cooking weren’t even finished when Hugh began waving people along. I looked down at the cheerful yolks and wondered what the man’s name was. It was incredibly sad, and I felt a tear slip down my cheek without permission. I’ve seen death, and I prefer life. I flipped the eggs and plated them on golden toast, marveling at the normality of people returning to their coffee and breakfast. I hope that when I die, people can go on as quickly. The nameless man had just slipped beneath the waves like a mortally-wounded ship, leaving nothing but ripples soon to be consumed by the winds.

The firefighter type returned to his seat after a few more minutes, and I heard his terse, professional report as he told the men sitting around him at the counter. “Aneurysm or something like it. Instantaneous. He’s not a tourist, his ID reads Department of Forestry; he’s a fed of some sort.”

Eventually, the excitement faded and I was caught up in the bustle of my shift. Before I knew it, it was three in the afternoon and I was walking home in the sun, alive but more than a little sad, and not entirely sure why. 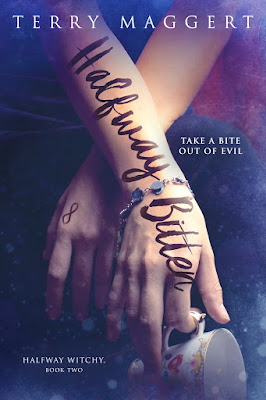 
Available for purchase at 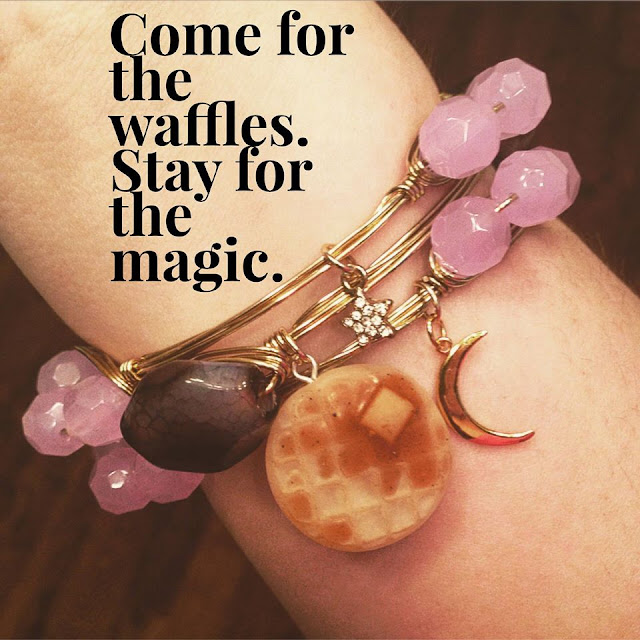 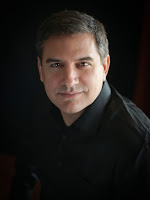 Born in 1968, I discovered fishing shortly after walking, a boon, considering I lived in South Florida. After a brief move to Kentucky, my family trekked back to the Sunshine State. I had the good fortune to attend high school in idyllic upstate New York, where I learned about a mythical substance known as "Seasons". After two or three failed attempts at college, I bought a bar. That was fun because I love beer, but, then, I eventually met someone smarter than me (a common event), and, in this case, she married me and convinced me to go back to school--which I did, with enthusiasm. I earned a Master's Degree in History and rediscovered my love for writing. My novels explore dark fantasy, immortality, and the nature of love as we know it. I live near Nashville, Tennessee, with the aforementioned wife, son, and herd, and, when I'm not writing, I teach history, grow wildly enthusiastic tomato plants, and restore my 1967 Mustang.

You can find Terry at 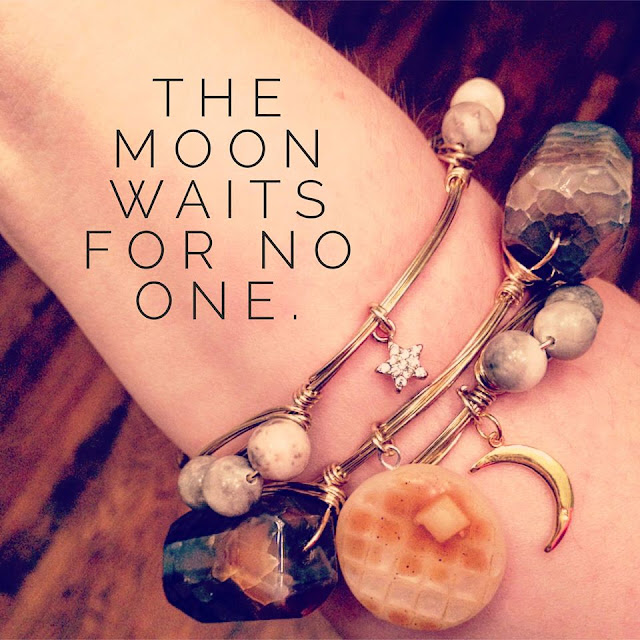