Forever and Ever, Amen Review... 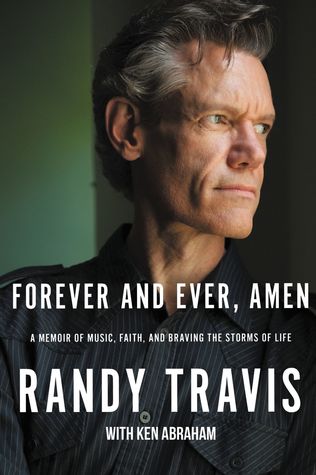 Filled with never-before-told stories, Forever and Ever Amen tells Randy Travis's story as only he can. From a working-class background in North Carolina to a job as a cook and club singer in Nashville to his "overnight success" with his smash 1986 album Storms of Life--which launched the neotraditional movement in country music--Randy’s first three decades are a true rags-to-riches story.But in 2009, this seemingly charmed life began a downward spiral. His marriage dissolved, he discovered that his finances had unraveled, and his struggles with anger led to alcohol abuse, public embarrassment, and even police arrest in 2012.Then, just as he was putting his life back together, Randy suffered a devastating viral cardiomyopathy that led to a massive stroke which he was not expected to survive.  Yet he not only survived but also learned to walk again and in 2016 accepted his induction into the Country Music Hall of Fame by singing the hymn that explains his life today: "Amazing Grace."Filled with never-before-told stories, Forever and Ever, Amen is a riveting tale of unfathomable success, great joy, deep pain, and redemption that can come only from above.

I am so glad I found this book!  I am not usually a biography/memoir reader but I picked this up at work and couldn't put it down.  Randy Travis is such an inspiring person and I learned so much about him through reading this book.  His struggles are heartbreaking and then reading about his stroke and what he went through with that was so interesting.

I have had the privilege of being at work when he came through twice and he is just so awe inspiring.  After reading his book I feel that even more deeply now.  Randy Travis I am truly touched by your music and now your life.  I hope that one day I will get to see you perform again.

This book made it clear that every day is a blessing and that you shouldn't take it for granted.  Don't stay in a relationship that is tearing you down.  Don't let people dictate who/what/when/where you should be.  Be you and stand up for what you believe.

Thank you Randy for telling your story!!